Of Angels and Joy to Come

Have you ever seen an angel?  Our son's bride, Line, took our breath away in May, as she walked down the aisle to meet her beloved groom.  She was an exquisite example of how one might imagine an angel would look.  But seven years ago, I saw a real angel, and his appearance convinced me of how little I really understand of the spiritual realm swirling around us.

I stood in the doorway of our master bedroom, facing the hall banister that overlooks the downstairs entrance to the house.  It was dusk, but an amber glow illuminated the stranger who faced the railing with his arms in repose and his hands resting along the wood.  His tones were all of a golden hue, as if he'd walked out of an old fashioned photograph.  There were no elegant wings, nor flowing robe, but instead, he wore baggy pants, a loose fitting shirt and shoes.  His hair hung down to his shoulders though he looked clean-shaven.  Perhaps the word 'ordinary' would describe him as well, except for the minor detail, that he glowed.  He didn't see me, but if he had, I imagine he'd have said, "Fear not!" As I stood, rooted to my spot, I realized that his eyes were focused out the high window, to the world beyond, and I heard one word in my mind, 'Sobering'.

I'm sorry to say that I was afraid at first, not of him, but of his stance.  His serious look and the one word, hung over my heart for many days.  Since then, I believe we've seen more terrifying things in our world, than we might have dreamt, even in our worst nightmares.  It is sobering to see the cruelty of this modern age, whether at home or abroad. There is death behind closed doors in sterile rooms through abortions and the distribution of baby flesh, and death in violent boldness, splashed before our eyes in all its brutality, throughout the globe, as seen on our handheld screens.  But there is subtle death as well.  There is death of faith, family, freedoms and empathy.  And when death takes center stage, fear is his captivating thug and joy is forgotten.

But Beloveds, God is still God. And in Him, we find joy! I am one who desires to know the hard things, and then I take them to The Lord.  The angel I saw alerted me of what was to come, but only God knows the depth of His plans and love is always at the foundation.  When our oldest son, the groom, Gabriel, was young, I told him, "God always has something up his sleeves."  He reflected the thought more fully, "And God has some mighty big sleeves!"

As parents of eight, with little ones still at our sides, we find ways to encourage amidst the hard life situations from which we choose not to shield them.  With the Paris shootings, I held closely to a quote from Mr. Rogers.  He said that when he was little and he'd see hard things in the news, his mother always said, "Look for the helpers.  You will always find people helping!"

Line sent us this picture of Gabriel, at the end of nine days of field training.  While cleaning his weapon, he fell sound asleep.  Why?  Because when it was time to lead the helpers, he did so, with courage and confidence in the One who guides our steps.

In these dark days, when the choices of some, affect the lives of many, we must look to Jesus, the Author and perfecter of life.  And the work before us is good, so good, because God gives everyone opportunities to serve! And the angels that surrounded the humble birth of Jesus Christ are still with us!  Whether in warning or guarding, God supplies His power to our willing hearts and hands. His promises are true.

51-57 But let me tell you something wonderful, a mystery I’ll probably never fully understand. We’re not all going to die—but we are all going to be changed. You hear a blast to end all blasts from a trumpet, and in the time that you look up and blink your eyes—it’s over. On signal from that trumpet from heaven, the dead will be up and out of their graves, beyond the reach of death, never to die again. At the same moment and in the same way, we’ll all be changed. In the resurrection scheme of things, this has to happen: everything perishable taken off the shelves and replaced by the imperishable, this mortal replaced by the immortal. Then the saying will come true:
Death swallowed by triumphant Life!Who got the last word, oh, Death?Oh, Death, who’s afraid of you now?
It was sin that made death so frightening and law-code guilt that gave sin its leverage, its destructive power. But now in a single victorious stroke of Life, all three—sin, guilt, death—are gone, the gift of our Master, Jesus Christ. Thank God!
58 With all this going for us, my dear, dear friends, stand your ground. And don’t hold back. Throw yourselves into the work of the Master, confident that nothing you do for him is a waste of time or effort. (Eugene H. Peterson copywriter 2003)
Posted by A Grace Story at 9:13 PM 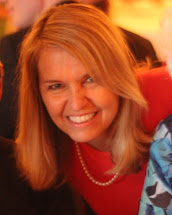 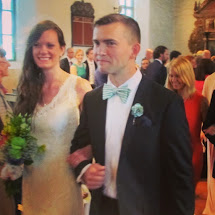 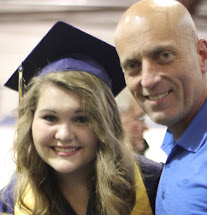 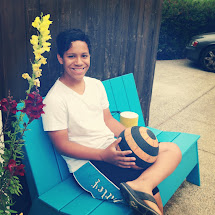 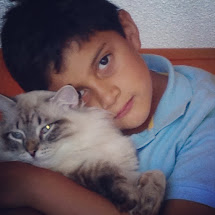 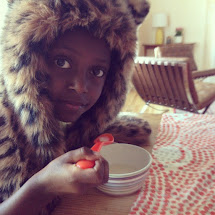